Call us for a Deal Apply Now 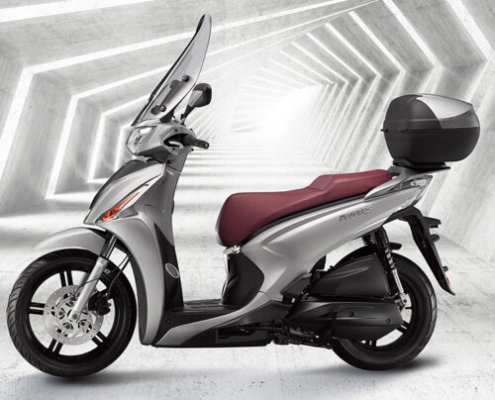 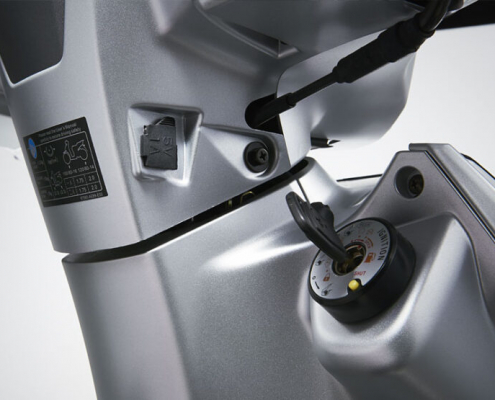 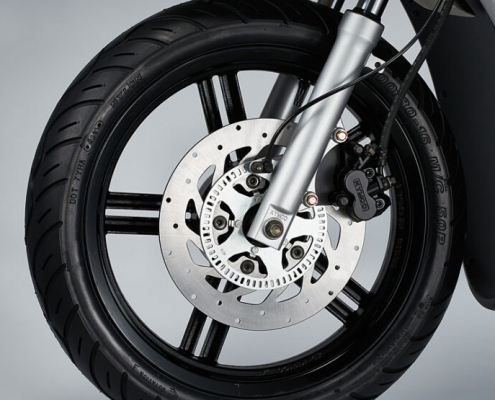 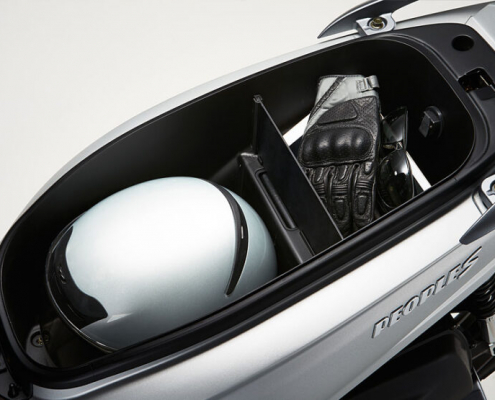 The People is one of KYMCO’s most iconic scooters, first released in 1999 and became an instant success, particularly in Europe as the ideal commuter.

The People S 150 is powered by KYMCO’s new 150cc, 10KW, 4-valve engine, which is the same engine that powers the recently released Like 150 R. The new engine provides a smooth and linear output throughout its power band, prefect for inner city commuting.

New high rigidity frame, the KYMCO engineers have made changes to the framework to increase the People S rigidity, resulting in quicker and easier handling characteristics.

Better weight distribution by moving more weight forward to improve cruising stability. This has been achieved by moving the battery and fuel tank forward towards the front of the scooter.

The People S has a shorter wheelbase to increase the scooters agility to help with navigating through city traffic.

‘Enjoyable journey’ with large windscreen, Handguards and rear top case as standard fitment to make every trip an enjoyable one.

The KYMCO People comes with a complete set of LED lights, adding a distinctive charm of modern design. The benefits are increased brightness and less energy consumption than your traditional bulbs. The front headlight beam has an extra wide coverage that ensures excellent visibility at night.

Practical glove box with handy USB charge point, under-seat storage compartment is large enough for an open face helmet and other accessories. Plus rear top case as a standard feature.

Traditional telescopic fork at the front and twin rear shock absorber with pre load adjustment ensures a safe and superior ride, even with two up.

Bosch ABS is the most reliable and fastest acting emergency braking system on the market. The People S is equipped with Bosch’s 9.1M ABS system, which is the lightest anti-lock braking system in the industry, at only 0.7kg.

KYMCO products are supported by our 3-year factory warranty program. The program provides warranty for a period of two years from the date of purchase. However, if you have your vehicle serviced exclusively at an authorised dealer and retain an accurate service history, you may be eligible for a further one year extension. For more details, contact your local KYMCO dealer.

GET YOUR DREAM SCOOTER THE PEOPLE S 150 TODAY!

BE THE FIRST TO KNOW ABOUT OUR DEALS